In parts 3, 3a and 3b of this blog we come to analysing the major different views and perceptions on the issue: the three that frequently appear include the notions that foreign players are having a seriously detrimental effect on the production, development, and opportunities available to indigenous talent: which is therefore having a negative effect on the performance and development of the national side (Maguire & Pearton, 2000). Finally, the migratory patterns that resonate towards the core of football have heralded a process of systematic ‘deskilling’ of ‘donor’ clubs, leagues, and nations such as Africa. These sentiments are strongly held in England, but are also echoed in other countries such as Italy, as former Italian U21 coach Cesare Maldini (2000) states:

“At youth level, our football is getting worse. We don’t have the players any more. The increasing number of foreigners in our game means the opportunities for the youngsters are vanishing”

However, if we refer to recent research therein lays a controversial alternative story for the former arguments. Solberg and Haugen’s (2008) research offers a useful insight behind the phenomenon of foreign player migration in football. The authors conclude in their research that despite the view point of the common English football fan and some senior figures in world football the migration of foreign players is actually having a beneficial effect on the development of indigenous players as opposed to a detrimental effect. Further advocates of this theory (Akindes et al., (2007) provide us with evidence that when African players migrate to Europe they gain further knowledge and ‘European’ football traits, thus developing them as players and individuals. 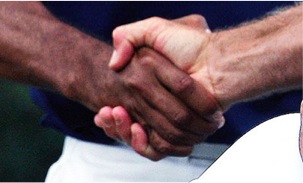 Although, this is also a two-way process whereby at the foreign players exchange their knowledge and ‘African’ footballing traits with the indigenous players, which creates a positive learning environment for both parties. Furthermore, Elliott and Weedon (2010) support these conclusions with their own branch of research, which concerned itself with players from the English Premier Academy League. Their evidence provided additional reinforcement for Solberg and Haugen’s findings and delivers a strong basis to argue that a process of ‘feet-exchange’ rather than ‘feet-drain’ – a term which is derived from the ‘brain-drain’ early work in the 1960’s which examined the issues that ‘donor’ nations face when a highly skilled workforce migrate or relocates (Iredale & Appleyard, 2001) – is actually occurring within the Premier Academy level.

‘Feet-exchange’ is a two-way process whereby foreign and indigenous players exchange their skills, technique and knowledge, and it offers a strong counter argument against the common views and negative perspectives, at least within the Premier Academy League level. In England the game is known for its pace and physicality (Elliott & Weedon, 2010), however, English players are seen as technically inferior to their European counterparts. Within Elliott and Weedon’s paper they include their qualitative based evidence in the form of interviews with various academy coaches and managers from the across the English Premier Academy clubs. One academy manager states that in his opinion:

“[Foreign players] are far more technically oriented . . . Technique is so important, it’s the great English drawback. Physically we’re good, tactically we’re okay, but technically we’re poor. The Dutch and the Italians totally leave us standing. The [foreign] boys we’ve got, their technique is really, really good, and there’s the challenge for the English boys, they’ve learnt that they have to work on their technique.” (Anon, 2010). 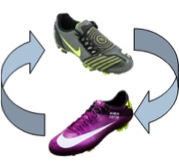 As previously mentioned, the English game is known for its pace and physicality, and herein lies the two-way process of ‘feet-exchange’: as foreign players must adapt and learn to deal with the physicality and pace of the English game – with the aid and exchange of knowledge, sometimes achieved purely through the observation of the indigenous players – and therefore the indigenous players also learn to hone and improve their technical skills by playing with far superior technical players (Elliott & Weedon, 2010). This transfer of skills is concluded by an academy coach in Elliott & Weedon’s paper, who states that foreign players ‘raise the bar’ for the indigenous players. Taylor (2007) further adds that:

“[Foreign players] brought in training [philosophies] and lifestyle ideas that are ahead of our own. They have broken down prejudice and national stereotypes. As a group, they have set standards of attitude and behaviour that have been as good for our society as they have been for our game.”

In summary the current research in particular that carried out by Elliott and Weedon (2010) has contributed to the dispersal of the popular discourse that foreign players are stifling indigenous players’ opportunities to play and develop, at least within the English Premier Academy League. Further research needs to be conducted to conclude whether the influx of foreign players is preventing the indigenous players from graduating into the first teams or is it that we as a footballing nation are just not producing players good enough to challenge the foreign imports.

Part 3a of this blog will naturally follow on from Part 3 with the perceived negative effects that the influx of foreign player migration has had on the performances and development of the England national team. To offer evidence for or against these claims I will analyse the performances of the national team over the past three decades, the latter of which heralded the influx of the foreign player migration trend.

Elliott, R. and J. Harris. (2011). Crossing the Atlantic from football to soccer: Preliminary observa­tions on the migrations of English players and the internationalization of major league soccer. WorkingUSA: The Journal of Labour and Society 14(4): 555–568.

Iredale, R., and R. Appleyard. (2001) Introduction to the special issue on the international migration of the highly skilled. International Migration 39(5): 3–6

Lanfranchi, P., and M. Taylor. (2001). Moving with the Ball: The Migration of Professional Footballers. Oxford: Berg.

Stead, D., and J. Maguire. (2000). Rite de passage or passage to riches? The motivation and objectives of Nordic/Scandinavian players in English League soccer. Journal of Sport and Social Issues 24(1): 36–60.

Vertovec, S. (2007). Super-Diversity in Britain. Available from: from http://www.academon.com/research-paper/super-diversity-in-britain-96649/

I’d like to begin my first blog by thanking Leo for inviting me along on this journey. I very much look forward to adding to the fantastic work he has done already. The first issue I would like to discuss is the perceived effect that foreign players are having on the English game. It’s a topic I find very interesting, and I feel is often blown out of proportion by everyone involved in the game today. The blogs that follow will be an investigation and analysis of the current state of the issue and the major views involved.

There has been a common and growing concern for a number of years amongst English football fans (Solberg & Haugen, 2008) and senior figures in world football – FIFA President Sepp Blatter, UEFA President Michel Platini, and English PFA Chief Executive Gordon Taylor – that the mass migration of foreign players to the English Premier League is having a detrimental effect on the English game, and its development of young English talent (Ferguson, 2007; Taylor, 2007). When speaking to BBC’s Inside Sport Sir Trevor Brooking (2007) stated that “you [can’t] underestimate [the threat of foreign players] and people are [only] just starting to identify it”. These concerns lie in accordance with the PFA’s ‘Meltdown’ report, which was commissioned following England’s failure to qualify for Euro 2008. Taylor (2007) states within the report that: 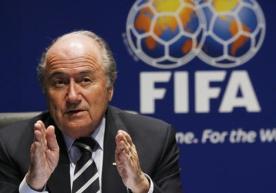 “The price of the unrestricted flow of foreign players into England has been the loss of a generation of English players. Indeed, we are close to losing a second generation and if current trends continue – as all evidence suggests they will – we are, at best, ten years away from having too few English players to mount a serious World Cup campaign.”

These concerns have continued to grow after England’s more recent mediocre performances during the 2010 World Cup and Euro 2012. However, some academics (Elliott & Weedon, 2010) suggest these views and concerns have been sensationalized by the British media and are in-fact not even close to the truth.

Three main arguments that have arisen from the on-going debate on foreign players: firstly, that a process of ‘feet-drain’ is occurring in English football, with foreign players stifling indigenous player development, and replacing them, or taking their opportunities for first team football (Elliott & Weedon, 2010). Secondly, that at the ‘donor’ level a process of ‘deskilling’ is occurring outside of England in the lesser economically developed countries such as Africa (Maguire et al., 2002; Maguire & Pearton, 2000). Thirdly, the migration of foreign players particularly to England is creating an imbalance in world football which is a view firmly held by FIFA President, Sepp Blatter (2008), who declared that:

“It’s not morally right, and competition loses all balance, when the big clubs buy 25 top players to deprive other teams of them and then hoard them because they can only have 11 players on the park.”

Now I have introduced this subject to you, I’d like to hear you initial views and opinions. Feel free to contribute to the discussion via the comments box. In part two of this blog I will discuss a brief history of elite labour migration, and explore some of the reasons for why we have seen this dramatic intensification of foreign player migrating to England and Europe.